Workplace Stress – Are You Stressed Out On the Job?

Previous Next
Workplace Stress – Are You Stressed Out On the Job?

Our Reactions and Experiences with Workplace Stress 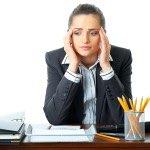 I was recently chatting to a pair of friends about their respective workplaces. Let’s call them Susan and Kim.  They both work for the federal government, but in very different agencies. Susan was telling me that she had recently accepted a position in a new arm of her present agency, and was in many ways, her dream job. Something she’d been working towards during her entire professional career.
This new agency had recently moved into a modern purpose built location, which was environmentally sensitive as it was located adjacent to a protected wildlife zone. It took advantage of the natural beauty of the area.
Susan told me that as soon as she walked through the front doors of the building, there was energy inside. There was something about the way the people she met spoke to her, and how they went about their work. She told me they were obviously eager to have someone new to show around. There was a real sense of pride in their voices, and excitement in their eyes.

Ever since she began working there, Susan has enjoyed ‘EVERY moment of EVERY day’ (her quote) and leaves the building each day eagerly anticipating her return there the next morning.

Contrast that with the story of the workplace of my second friend, Kim.
Also working in a government agency, Kim had just recently been promoted. This is something which would normally be associated with some enthusiasm, and perhaps some relief. Not so with Kim.
Her immediate comments revolved around her level of stress and anxiety: telling me that she was not getting the training which she was told she would receive. She also commented that the people with whom she was now working are not friendly, nor are they approachable. With each passing day, Kim hopes things will improve with her co-workers.

She also hopes to get the training to go with her new position and responsibilities. “Hopefully, my stress levels will diminish,” Kim added.

Stress has any number of significant impacts on our bodies

For instance, some of the widely acknowledged impacts include:

Over the coming weeks, we’re going to help Kim by providing some points to ponder with respect to managing ourselves when we find out that we work in a place filled with stress.