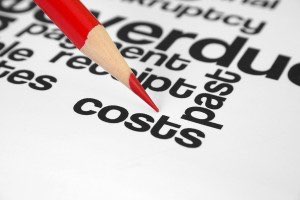 If you are sitting  in the comfort of your office reading this article and the sign on the door that indicates that you are ‘Human Resources’, you’ll have a firm grasp on the hard numbers involved when you are dealing with a complaint in respectful conduct: a harassment or bullying complaint.
Issues between two employees need to be dealt with effectively. If not, when that issue eventually walks in through your door as an official complaint, you might want to alert the comptroller, as your budget is about to be hit. And hit hard.

How the Costs Add Up

This will impact other employees who now have to pick up the slack, or perhaps you’ll have to bring in temporary employees to take their place for a while. That will mean training costs, plus a disruption in the atmosphere as a new person arrives on the team.

Once again, whatever the decision, there will be a cost. The consultant will provide you with an invoice, whereas the price you’ll pay for doing the leg work yourself will be an increasing pile in your in-tray.

You may find that the investigation is just the start. You might end up requiring the services of additional professionals; mediators, lawyers and perhaps counsellors.

There have been several useful and eye-opening studies performed regarding the human impact of a workplace suffering from the albatross of incivility or disrespect. One of the more recent ones was completed by Christine Pearson and Christine Porath, which produced some interesting statistics regarding the victims of harassing and bullying behaviour.

It should be enough for any Human Resources minded person to sit up and take notice.

As you can see, the costs are enormous.

None of these figures have a dollar amount assigned to them, but you just know that the cumulative amount of financial and emotional damage that these sorts of results will inflict on an organization will be damaging, and could be crippling.

In addition, it won’t be just the employees involved in the situation who will be affected.

Others in the workplace will spend time discussing what they know (or don’t know) and giving emotional support and counsel to those involved. People will take sides and the workplace could be polarized.

A good deal of this could be avoided if firm action is taken from the outset.

Get Ahead Of The Problem

I have previously written about the fact that new WorkSafeBC regulations come into effect in British Columbia on November 1st, 2013, regarding bullying and other issues of workplace conduct. The language will be crystal clear for all organizations. Being ahead of things can only help reduce those “not-so hidden costs” down the road.

That’s enough to start with, isn’t it?