Australian Firefighter Fired For On-Line Sexual Harassment of Colleagues is a No Brainer!
There appears to have been a lot of problems related to a negative workplace culture within the Queensland Fire and Emergency Service in Australia.
The latest situation occurred on June 23rd when a 33 year old firefighter was fired after an investigation into an online Facebook poll distributed within the service asked male colleagues to rank the attractiveness (among other things) of their female coworkers. 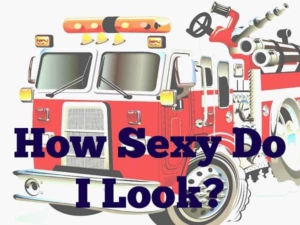 The investigation that was conducted had focused on breaches of the Queensland Fire and Emergency Service’s code of conduct relating to sexual harassment, workplace bullying, harassment and intimidation.
The handling of the complaint prompted a review of the QFES last year, which painted a “disturbing picture” of a workplace where sexual harassment, bullying and misconduct were rife.
As I was looking through some of the allegations of what has happened in the QFES over the last year or so, I was thinking about the difficult circumstances in which the female staff and firefighters must be facing.
There are 2240 permanent staff in the QFES with 69 of them being female firefighters.

The accepted culture has been one that included the fact that a number of male officers freely expressed their negative attitudes about their female colleagues with no apparent concern that they would incur social disapproval or other formal sanction that would prevent them from doing so.

It’s not as if there have not been complaints made in the past.
As an example, former Bligh government Public Service Commissioner Margaret Allison stated in her report of the situation that,

“When one female officer made a complaint to a senior officer about the sexually aggressive behaviour of a male colleague and provided some evidence to support her allegation, the officer’s response was that it probably wouldn’t be considered sexual harassment as there was no touching involved. Despite the woman indicating she felt unsafe with the colleague she continued to be rostered on with him.”

Ms. Allison’s report cites a litany of other situations and incidents which result in much shaking of heads and glancing at the calendar to make sure that we are in fact living in 2015 and not in some bygone age.
It looks as if the independent investigation that has been conducted has begun to make inroads.
The Fire Commissioner, Mr. Lee Johnson, who led the organization from 2001, and who was due to retire in July of 2015, had his departure fast-tracked and is now no longer part of the QFES.
A formal investigation was begun and the firing of this 33 year old male firefighter might just be the start of some clean up that is going to occur. The Premier himself, Mr. Campbell Newman, likened the results of the investigation to the 2014 Australian Defence scandal, and had told the QFES back in December of last year, “Get ready for change.” That change is now upon them.

What Can We Learn?

It reminds us though that we need to be constantly on alert for things like this occurring in our workplaces.

Your Respectful Workplace Policy is an important document.  It must be a document that is not simply words on a piece of paper. It must be at the very core of an organization’s culture.
Use your Respectful Workplace Policy (aka Bullying and Harassment Policy) for the answers because legally the process must be outlined for you in that document.
My sense is that they are taking their policy a lot more seriously in Queensland.