LGBT and Inclusivity at Work

Previous Next
LGBT and Inclusivity at Work

Inclusivity- Things Your Boss Expects You to Know About LGBT in the Workplace!

On August 2nd, Vancouver, BC celebrated the 37th Annual Pride Parade.
The home page on the Vancouver Pride Society’s website proudly states that “Attracting crowds of more than 650,000, the Pride Parade is renowned on the international stage as one of the largest and most successful LGBTQ2+ events in the world.”
With the work I do I had to wonder how today’s modern and inclusive workplaces are welcoming the idea of “sexual orientation inclusivity” these days.
After conducting a little research I found a pair of insightful reports that I wanted to share with you. They reflect today’s reality regarding inclusivity in our workplaces and the issue that bullying and harassment has on LGBT employees.

One of the reports focuses on the Canadian experience and was produced in 2014 by the Canadian Centre for Diversity and Inclusion.
You can read the report here called  LGBT In and Out Diverging Perspectives on LGBT Inclusion in the Workplace

The other represents the American experience and was produced earlier this year (2015) by the Human Rights Campaign Foundation.   You can read that report here called: The Cost of the Closet and the Rewards of Inclusion

The results represent the fact that a great deal of progress has been made but there is still much work to do. Clarity (and therefore education) still appears to be required regarding the whole issue of what LGBT actually means and looks like in the workplace.

This quote from the author’s Canadian report (In and Out: Diverging Perspectives on LGBT Inclusion in the Workplace) sums it up very nicely:
“Identity is a complex topic for individuals, particularly when the identities we are talking about have been marginalized from inclusion in our education systems and public dialogues, as has been the case with LGBT+ individuals. Some people in our workplaces may have never had a discussion about sexual orientation or gender identity or even knowingly interacted with someone who identifies as LGBT+. Because people may be unfamiliar with these issues, their first encounter might be uncomfortable and might not be handled well. When these experiences occur, they can create confusion, exclusion, or even hostility. That is why it is so important that employees be educated about sexual orientation and gender identity in the workplace.”
Suggestions from the Canadian report recommend that organizations should continue to work hard at providing more education and increasing inclusivity (and therefore safety) within the workplace for LGBT employees.
Businesses should focus on these areas for Inclusivity

The American report (The Cost of the Closet and the Rewards of Inclusion) opens with a wildly enthusiastic statement stating that “The legislative and cultural landscape of LGBT equality in the United States has shifted dramatically in the last decade. Notably corporate America has led a sea-change in extending workplace protections and recognition of LGBT families in the form of benefits, years ahead of lagging lawmakers. A full majority of the Fortune 500 have extended workplace protections on the basis of sexual orientation (91%) and gender identity (61%). Many more private sector employers have extended these protections, critical benefits and inclusive practices to attract and retain top talent.”
However, consistent workplace protections for the LGBT community do not exist in federal equal employment opportunity law.
Other protected grounds such as race, gender, religion and more are explicitly and uniformly protected, sexual orientation and gender identity protections are inconsistently assembled through a patchwork of state and local laws.

LGBT job seekers and workers face a piecemeal environment of state and local laws, private sector policies and shifting attitudes all of which lead to a prevailing sense of uncertainty as to whether or not it is safe and comfortable to be openly LGBT in the workplace. 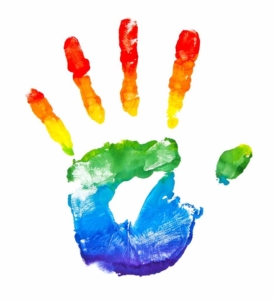 The picture of the American workplace as a place to be able to be one’s self, treated fairly and thrive is not yet the reality for most LGBT Americans.
The impact on LGBT+ employees and an unwelcoming and non-inclusive workplace culture can be devastating. When asked for the impact on their personal working experience within the context of The Cost of the Closet and the Rewards of Inclusion report, respondents reported:

These statistics are difficult to look at without feeling an overwhelming sense that business owners and employers MUST do more to help increase inclusivity within their workplaces.
For help, just refer to the Canadian In and Out report recommendations above.