Is Your Supervisor Part of the Problem?

Previous Next
Is Your Supervisor Part of the Problem? 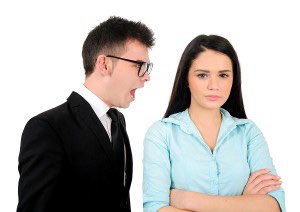 There have been times in my life when I have found that the person who was supposed to look after me, to role model professional and appropriate behaviour, and to be my mentor, has actually turned out to be the exact opposite.
When an employee is experiencing difficulty for any reason at work, the first question that one asks that person is whether they have spoken to their supervisor? So much for that idea if the supervisor is actually the source of the problem!
As part of my need to keep up to date with the goings on in today’s workplaces, I read from time to time through the decisions at the BC Human Rights Tribunal (BCHRT) website . (great late night read!)
It never ceases to amaze me at the number of times when the supervisor, who should be the one person that you don’t expect to be engaging in any discriminatory or harassing behaviour, is the person guilty of the crime.  If not guilty of poor behaviour, then guilty of doing nothing about it.

There is an incredible responsibility that is placed on supervisors in our workplaces today for them to be professional at all times in their dealings with employees.

However, it is often clear within the various judgements written in the decisions from the BCHRT, that the supervisor has made assumptions that they have a much more casual relationship with the employee than the employee believes. Or,they just don’t understand the fundamental responsibility of being a supervisor.
As a result of this, the supervisor ends up behaving in a manner that is totally at odds with their role in the workplace, and creates an atmosphere in the workplace for the employee that often is the first step to filing a complaint with the BCHRT.
There are always at least two sides to every version of events. One can read the decisions and feel confident that the adjudicators have gone to great pains to be thorough and objective in their decisions.
The vast majority of people, who file formal complaints with the BCHRT regarding situations that revolve around an employment situation, do so after they have left the company they were employed by. The old adage that ‘People Quit People, Not Companies’ has never be truer when you read about their experiences working for the supervisors who were the source of the problem in the first place.
Research shows us that of all of the traits and qualities their supervisors possessed, ‘leading by example’ was number one.
I wonder how many supervisors know that.