Is Your Job Robbing You of Health and Longevity?

Previous Next
Is Your Job Robbing You of Health and Longevity?

Retail, Teachers, Paramedics, Police and Social Workers  and Corrections Officers among the most dangerous jobs for workplace stress.

What profession are you in?
Are you a police officer? An educator? A paramedic? A corrections Officer? Are you involved in customer service? Perhaps social services? Perhaps you know someone who works in one of these professions.
There have been numerous studies that have tried to dissect different occupations in order to classify which are the most stressful overall for people employed within them.
The three factors usually examined are, job satisfaction, physical health, and a person’s psychological well-being derived from being 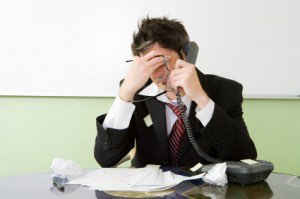 Did you recognize your situation in any of the above descriptions?

Who Is In Control of Your Life?

If so, have you thought about whether you have had any control over them?
When I look back on my career in policing in the United Kingdom, and here in Canada, I recognize that I experienced many of those situations at different times in my thirty-two years in law enforcement. Sometimes, several were present simultaneously. Knowing now what I know about the destructive power of workplace stress, when multiple factors are present within a work environment, the warning signs are there. Whether we are in a position, or are able to see them though, is another question altogether.
Those warning signs are correlations which exist between those three factors referenced earlier: job satisfaction, physical health, and psychological well-being.
The research tells us that as physical health deteriorates, so too does psychological well being. Likewise, as physical health and psychological well-being deteriorate, job satisfaction goes down also.
But are these real or imagined?
Very early in my career at Notting Hill Police Station in West London, I wanted to resign (almost before unpacking my bags) as a result of the amount of violence that was apparently experienced by the regular policeman on the beat. My inspector, John Burbeck, saved the day and tore up my resignation letter. He told me to come back in six months, and if I still felt the same way, he would sign it. I never went back. Equally importantly, I never experienced the violence everyone talked about, and in the end, it was more myth than fact. Sometimes those aforementioned workplace factors are in our own heads, and I’m living proof!
By the way, just in case you are interested, all of the professions which I mentioned at the start of this article, suffer significant amounts of organizational and workplace stress. That’s a fact!
How we choose to deal with such stress makes all the difference.