So Much More Than Ticks In The Box! 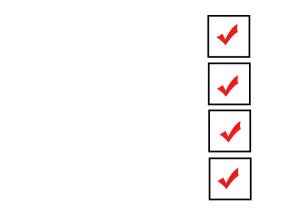 The new WorkSafeBC Regulations aimed at improving workplaces around the province of British Columbia, are almost 2 months old now.
I see organizations scrambling to beef up their policies and procedures, as well as designing training programs for their employees and supervisors – all in accordance with the new legislation.
After that, they’ll sit back and wait…..to see what happens.
I have recently completed a series of Respectful Conduct in the Workplace training sessions for an organization in Vancouver, and while there, I was reminded of the 2011 Federal Arbitration Decision (Labranch v. Treasury Board) in which Passport Canada was found wanting.
The arbitrator said in the ruling, “…..The employer cannot simply invoke a zero-tolerance policy for workplace discrimination and hope for a discrimination-free work environment, yet do nothing to achieve it.”
What the arbitrator meant was that no organization should be (or could be) satisfied that they will have a respectful workplace merely as a result of creating policies and procedures. There has to be some training sessions provided for their staff. It is how those policies and training are actually lived everyday in the workplace which will be the litmus test of whether anything good has come from of all of their work.
Does the staff now walk around on eggshells, afraid to open their mouths for fear of offending someone?
Or is the opposite the case? Where weekend adventures in the local bar continue to be broadcast around the office, peppered with expletives, and the quieter members of the team remain the subject of innuendo and gossip?
In either case, the program has failed.
The point behind the three new Occupational Health and safety Regulations (Sections 115, 116 and 177 of the Workers Compensation Act) was not to sterilize the workplace – merely to extricate the words and behaviours that are disrespectful.
That’s it.
Not a big ask at all, is it?
On the other hand, if such behaviour continues unabated, the plan has failed as well since no one is being held accountable for what’s going on.
That is often the fear within workplaces – that when such anti-bulling and harassment legislation is introduced, it is paid lip-service to. And life carries on as it did before.
Management hopes that those few problem employees will eventually get the hint and stop their antics, which makes life awful for those around them.
It is highly unlikely that they will stop just because the organization has put a tick in the box next to “Policy and Procedures created” and they have been to a training session.
More needs to be done.