Giving Feedback on the Job

Previous Next
Giving Feedback on the Job

Giving Feedback Can Be A Cause of Stress on the Job 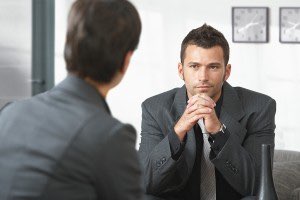 One of the things my friend Kim told me regarding her new workplace and her new responsibility as a supervisor was that she was concerned about her level of stress and anxiety.
Kim shared with me that she was not getting the training which she was told she would receive. She also mentioned that the people with whom she was now working are not very nice, nor were they very approachable.

How Approachable Are You?

Think of all of the conversations  you have in a typical day at work. Some will be with people you know quite well, but often, with people who you will not be that familiar with. Some conversations will be with colleagues, others with supervisors or managers.
Some of these conversations go well. They are enjoyable and lead to a satisfactory conclusion, which means: they work.
Others however, go wrong. Some go around in circles or even finish with you leaving feeling frustrated, unhappy, or perhaps even bad tempered.

While it’s difficult to define exactly what we mean by a ‘good’ conversation, it’s easy to know when you’re having one.

And it’s even easier to recognize when you’re having a conversation that isn’t working.
Add to this mix the fact that Kim is a new supervisor and perhaps lacking in skills for her role.  The chances are, her stress may be caused by the fact that her conversations with her staff are not working out the way she would like them to.
For many of us, the most difficult conversations to have are generally those concerned with giving and receiving feedback. Telling people things that they might not want to hear.

Giving Feedback can Be Stressful

1. One of the problems with feedback is that we are often reluctant to give it in the first place. Partly, it’s because we’re concerned about the other person’s feelings. But we also have to worry about having to deal with the effect of their reaction on ourselves. For instance, if the person gets upset or angry, how will I deal with it?
2. Another problem is that even if we don’t deliver feedback in words, our behaviour tends to give our feelings away. Disapproval can be expressed with a frown, a sigh, or a critical look. Or we may simply avoid contact.
The difficulty is that the other person knows you disapprove, but doesn’t know why or what to do about it. The best plan is to not rely upon hints or having the other person picking up on clues. Instead, you should be clear and express your feedback.
3. The final problem is that we are usually reluctant to hear feedback ourselves. All too often, we see it as a threat, or as a sign that the other person doesn’t like, or value us as a person. When that happens, our emotions tend to get in the way and deny us the chance to learn something to our benefit.

Questions to Ask Before Offering Your Staff or Peers Feedback

There are ways, however, to offer feedback, and reduce the risk of an unproductive reaction.