Previous Next
The JOHARI Window

What is the JOHARI Window and How To Use It 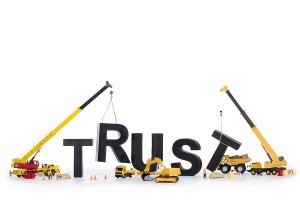 I mentioned in a previous Blog something called the JOHARI Window. I was first introduced to this while I was a junior officer in the Metropolitan Police in London in the early 1980’s.
Although at the time I was shown the concept by a very forward thinking and creative friend of mine I had no idea what I would use the information for, nor how it would benefit me in my law enforcement world. There turned out to be several occasions when it would prove invaluable in stick handling workplace relationship issues and resolving interpersonal conflicts.
I found that the greatest benefit of using the concept was that of developing TRUST in the workplace.

Concept Behind the JOHARI Window

The JOHARI Window was developed in the 1950s by two American psychologists Joseph Luft ad Harry Ingham who combined their first names to provide the title for the concept.
It’s a simple tool for understanding and training self awareness, personal development, improving communications, interpersonal relationships, group dynamics and group development. If that list of benefits does not get you interested in learning more, then I have no idea what will!
The concept behind the JOHARI Window is that it speaks to the fact that each of us has 4 very different aspects to our relationship with every person we know and that each aspect of that relationship can be captured in one of 4 panes within the larger window.

How to Use the JOHARI WINDOW

All four panes apply to every single one of our relationships in the workplace.
The Open Pane: This describes what is known by the person about him/herself and is also known by others – and therefore it is information which is OPEN between them.
If we use Phil as the example…something that is OPEN between you and I is that you know that I have been a police officer for 340 34 years since it is something that I have shared with you before and therefore is OPEN.
The Hidden Pane: This describes what the person knows about him/herself that others do not know – and therefore it is information which is HIDDEN between them. It might be information that has been deliberately hidden (or undisclosed) since it could be things that simply have not come up in conversation to that point.
Using Phil as the example again…….something that is HIDDEN between you and I is that you do not know that I am a fanatical Formula 1 racing fan! I have never been to a Formula 1 race before but there is something about those race cars and the international venues that I find incredibly exciting. This was information which up until just know was in the HIDDEN pane but having disclosed it to you know, it is in the OPEN pane.
The Blind Pane: This describes information that is unknown by the person about him/herself but which others know – and therefore it is information which is the person is BLIND to.
Using Phil as the example- let’s say that when I am at work, I am always cracking jokes. I think that they are funny jokes but they are never jokes about Phil, they are always jokes about other people. Because people don’t tell me that they don’t like my jokes, the message that their silence sends to me is that they like them….so I continue telling them. No one tells me about the negative impact that they are having so I am in fact BLIND to the effect that my jokes are having in the workplace. It is only when someone tells me about the effect my jokes are having that it moves that piece of information from the BLIND Pane to the OPEN Pane.
The Unknown Pane: This describes information that is unknown by the person about him/herself and is also unknown by others. You may be wondering what on earth this could be. What could be unknown to me and unknown to everyone else at the same time?
Well use that poor chap Phil again as an example. The UNKNOWN Pane describes information in our relationship of which neither of us is aware. For instance, when I first became a police officer in Canada and was required to be trained in using a handgun (something I had never done in eight years as a police officer in England) I thought I would be comfortable with the idea of using the handgun, but until I actually stood there on the training line and fired that handgun, I had no actual concept of what that experience was going to be like. And neither did my colleagues. Up until the moment when it happened, it was UNKNOWN between me and everyone there. Afterwards of course, information about my ability to use that handgun was OPEN to me and my colleagues. Let’s just say that I can shoot but they’ll never let me anywhere near the SWAT Team!
The message I have for everyone in how to use the JOHARI Window is to first of all recognize that these 4 panes exist in every relationship we have. The more we talk and listen to each other, that information will move from the HIDDEN, BLIND and UNKNOWN panes into the OPEN Pane.
It is there in the OPEN Pane that we get to know more about each other…to learn about how and why we function the way that we do.  When we know more about each other and appreciate each other for the individuals that we are, the more we’ll develop TRUST in our relationships. And that is something to be truly cherished.
There are many uses for the JOHARI Window in workplace and team dynamics. I urge you to learn more. You won’t regret it.
Learn more about the Johari Window