A Small Voice With Big News! 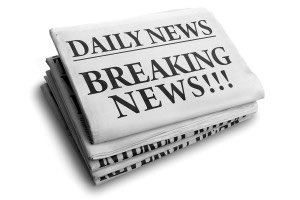 I want to share a personal story with you this week.
I was facilitating a workshop session on Respectful Conduct in the Workplace to an audience in a law enforcement training academy class.
That’s right! Respectful Conduct in the Workplace.
These students are keen to graduate and head off to demonstrate to the world all that they have learned: how to detect crime, how to identify suspects, how to investigate those crimes, and how to arrest, charge and convict those suspects. All done in the name of making the streets safer for you and me.
Isn’t that what it’s all it about?
For some yes, but not for all.
Many people who are attracted to law enforcement focus their attention on being able to make a difference in people’s lives. If it means that they do this by helping an elderly person find their way home, or returning the lost family pet rather than taking down a grow operation with the SWAT Team, then they are perfectly okay with that.
At the start of each workshop in this academy setting, I run an exercise engineered for everyone present to hear WHY each of their colleagues signed up to be a police officer in the first place. I specifically designed the exercise to avoid the power of peer pressure and the typical “what she said” responses when someone feels that the person who spoke before them had provided an easier answer than sharing their truth with the class.
As I listened to the answers provided that afternoon, with the muffled howl of the wind outside and the drumming noise of the rain against the classroom windows, I noticed the hesitation of a tall and awkward looking officer sitting on the side of the class. There was an uncomfortable pause from the time the officer before him finished speaking, and the time he opened his mouth to say something that by the time he did so, everyone in the room was looking at him. All of them were obviously wondering what he was going to say.
“I became a police officer to deal with a bully at my high school,” he said quietly.
He said it almost as if he was speaking to himself and not to the other twenty or so officers in the room. But they did hear him. And then they responded by giving him the floor since it was clear that he had more to say.
What followed during the next few minutes reinforced for me, why this work is so important. We must continue this work in order to share the message that speaking up about unfair, bullying or harassing behaviour, is the right thing to do.
What made this officer’s statement even more important for me, was that it was exactly the same reason that I had become a police officer.
Next week: The Best 5 Reasons to Conduct Respectful Workplace Training!