One Starfish At a Time 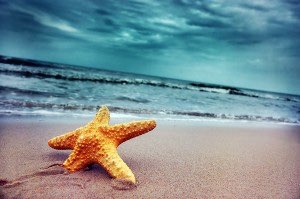 When you start paying attention to how people communicate with each other in your workplace, you’ll begin to see a range of behaviours demonstrated.  Fostering a respectful workplace takes noticing the interactions around you.
Some behaviours are definitely positive ones. These have the effect of placing smiles of people’s faces, and adding an upbeat approach to everyone’s days. There is a light-hearted feeling in the air, and people are enthusiastically going about their work as though it is not ‘work’ at all. Any disagreements that surface are quickly dealt with, and a renewed sense of ‘social capital’ is felt throughout.
Some work environments though, are definitely not positive and in fact the consequence is the exact opposite to the positive behaviours.
Our reaction to what we discover will depend largely on who we are, and where within the organization, we find ourselves.

What are You Noticing?

You may notice anything from small nuanced comments between colleagues (which will raise an eyebrow or quizzical glance from those who are on the outside), to much more overt and clear-cut harassing, bullying, or discriminatory style behaviour.
For the latter, we could all learn a thing or two from Lieutenant General David Morrison who, after becoming aware of the sexual discrimination scandal within the Australian Army, took to the You Tube airways on June 12th, 2013, to make his feelings about the situation clear to those involved. His three minute ‘response’ has been viewed almost 1.5 million times!
Not all of us can do what he did.

What Can You Do To Make A Difference?

However, there are much smaller things that we can do which if, done well, will have a significant effect on those whom we are trying to ‘help’ or ‘guide’ and that is where the starfish comes in.
The starfish analogy goes like this.
Imagine that you are walking along the longest and widest stretch of sandy beach that you can.
The tide is going out and as you walk along the beach, the last traces of water trickles out with the final waves breaking and the ocean surf retreats.
You’re walking slowly along the edge of the water, when you see a figure at the furthest end of the beach from you. The figure appears to be bending down and picking something from the sand, and then taking a pace forward, and throwing it out to sea.
You continue walking towards the person, and as you get closer you suddenly realize that on the newly exposed sand, you are now walking in the midst of tens, then hundreds and then thousands of starfish, all freshly stranded by the still retreating tide.
You continue walking through this “sea” of starfish towards the person you had first seen.
As you get closer still, you now realize what he is doing.
You see that he is bending down, picking up a starfish from the sand, taking a pace forward, and then throwing the starfish out to sea.
You approach him and he turns to face you.
You ask him, “What are you doing?”
He replies, “I am saving these starfish!” He motions around him at the starfish covered sand.
You gesture around you at the sand and almost laugh, and say, “But look at them! There are so many! You can’t possibly make a difference!”
He looks you straight in the eye – deadly serious – then he bends down, and picks up another starfish. He holds it out to you briefly, and then takes a pace forward, and throws it out far into the waves before turning back to you. “I made a difference to that one.”
The starfish analogy is important because it represents something that every one of us can do. We need that sort of help, because the world is not filled with David Morrison’s. It’s me and you.
I will tell you next time about a story of my own, when I made a big difference in someone’s life. Not because I went onto You Tube and made a passionate statement, but by taking care of one small starfish.