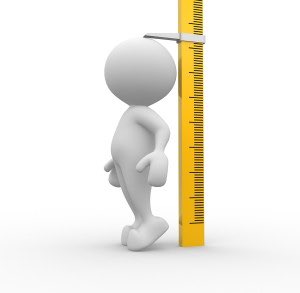 I told you last time about the ‘starfish’ analogy where by taking small steps, you can make a big difference in the long run for people within your workplaces. Sometimes the impact can be almost immediate. Such was the case for me one day.
I remember it so very clearly. It was my very first day as a new supervisor on a new shift of police officers, and although I knew most of the people on my new team, I had not worked in this capacity with any of them previously. The first day of any new job is one of intrigue for both me and the members of the team, as they begin the process of getting to know me, and I them.
Two young officers sat in the back row of the briefing room. Let’s call him ‘Pete’ and let’s call her ‘Susan.’
A short way into the briefing, Pete spoke for the first time and announced, “I’d like to welcome you to B Platoon Phil, and at the same time, I’d like to let you know that Susan here,” (he said, tapping her lightly on the shoulder) “may not be very happy today. She has just got back from Disneyland with her family, and she wasn’t allowed to go any of the rides!”
Pete then sat back in his chair with a large Cheshire Cat grin on his face, as though he had just done something that people would be talking about for years to come.
How right he was!
The silence that enveloped the room was deafening.
You see, Susan cut a very diminutive figure – barely 5’1” – and Pete’s “joke” was aimed squarely at that very unique feature of hers. Susan sat there, forcing a smile onto her face – but it was plain to everyone that she wasn’t a big fan of being the subject of Pete’s unsolicited comment.
We’ve all experienced what Susan was going through at that moment. That awkward moment in time when something was clearly out of the norm – sometimes merely embarrassing, and at other times outrageous – where we don’t quite know what to do or say to fill in that silence which immediately follows such a moment.
As a supervisor, I was not going to provide any positive feedback to Pete for his comments, (which would have been an instant sign of condoning his behaviour opening the floodgates for more), but I also didn’t want to demonstrate a response at the opposite end of the spectrum by slamming a fist down onto the table (which I felt on Day 1 might have been a tad too heavy!).
I chose the middle road – one designed to not ignore the comment, but clearly designed to inform everyone in the room that something would be happening.
I had previously mentioned to everyone that I would be having a fireside chat with each member of the team, within the first few days of me being part of their lives now, in an attempt for them to learn more about Phil, and his expectations. It was also for me to get to know each of them. This is a smart thing to do and hopefully would be standard practise for anyone new coming into a new situation. After Pete announced himself to the room in the way that he did, I spoke up and said “It actually appears that some time has become free in my calendar today…..so let’s start those fireside chats later this morning.”
The message I knew, was crystal clear.
What had just occurred was important enough to get my attention, and since I hadn’t gone over to Pete and hi-fived him for such a clever comment, those paying attention would make the connection that my response was one of deep concern.
Next time I will tell you how I knew that this was a ‘starfish moment’ and the positive impact that it had within the workplace…..instantly.