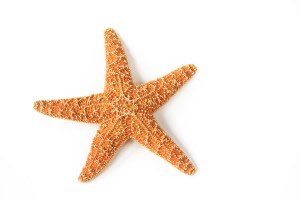 In last week’s blog I told you how Pete, a young police officer, tested me on my very first day as his new supervisor, when he made fun of his colleague, Susan, during the morning roll-call.
No one else in the room had laughed or cheered Pete on after his inane comment, and I immediately got the sense that he was not only testing me, but also testing his colleagues as well. All of this was done at the expense of Susan, a person with whom he had worked with for over a year.
Admittedly, I did not know what Pete and Susan’s level of friendship was – but it hardly mattered at that moment, since what had taken place occurred in an open environment with plenty (eight to be precise) of other people present.
What might be acceptable between two people in a private setting is completely different when you put that same behaviour in a situation where there are other third parties present.
Such could have been the case on this day when Pete was doing his “look at me” act on Phil’s first day as his new boss. I say ‘could have been’ because I did not yet know what sort of friendship they had. If they had no friendship, then what Pete had done would have been totally inappropriate, even in a private setting with just the two of them present.
So, after going through the remainder of our roll call (which, in my experience, depending on the culture of the various watches at any given police station around the world, looks like something from an episode of Hill Street Blues to ‘quiet time’ at a monastery!) we all got on with our dayshift.
I managed to capture Pete’s attention even though I felt that he was doing his best to avoid me and head for his police car. I suggested to Pete that it might be a good idea if he and I were the first to sit down and get to know each other. His agreed, and the look on his face told me that he knew exactly why he was the first!
The fact that the Watch Commander’s office is in the centre of the ground floor of the police station and has glass walls on two sides works both for you, and against you depending on what is going on at the time.
Pete and I sat down in my office and chatted initially about our respective backgrounds, and the different roads that we had taken into a career in policing. Pete had previously been a real estate agent but had become disillusioned with market volatility and the unpredictability of each workday. When times were good they were very good. However, that wasn’t always the case and with a family to think of, the stability and the “every day is different” working environment of law enforcement, became increasingly attractive to Pete.
I, on the other hand, had found policing as a result of being bullied by David Eade at my high school back in England.
I believed that my story was important for me to share with Pete, since my experience at school had left me with a highly tuned sense of what was appropriate and inappropriate behaviour, and meant that Phil’s “respect radar” worked all of time, and picked up on subtleties around me.
Which is why, I told Pete, we had ended up that morning in my office!
I wanted to share with him my perspective on appropriate language and behaviour within the workplace, and talk about how important I felt it was that each member of my team be treated respectfully by everyone else. Each of them had a responsibility to each other.
So often in policing, there is a tendency to use humour as a shield against the day to day trauma that is experienced. Such humour is a normal defence, but often intrudes into areas which are less than helpful…..and that is putting it mildly.
Pete and I spoke about the impact of his comments on Susan and on others in the room. He insisted that he meant no harm and was just trying to start the day off on a good note. That was terrific I told him, but he had done it at someone else’s expense. There is only one person in the world that it is safe to make fun of….yourself. Not somebody else. Not even with their permission.
Pete and I chatted for a while that morning. I liked Pete. He had a positive attitude about his work and smiled a lot. None of that though was going to prevent me from sharing my opinion regarding his comments in Roll Call earlier, hoping that the message would get through.
He thanked me for the chat, and left.
About half an hour later, Susan appeared at my door to thank me. Pete had apparently sought her out after leaving my office, and apologized to her for what he said earlier, assuring her that it would not happen again. Susan told me that Pete had ‘always been like that’ in the mornings, which left many people annoyed. This was particularly so since previous supervisors had not taken him to task about it, which only served to send a message to him that it was okay.
Just because no one complains about something, it doesn’t relieve supervisors of their responsibility to step in and do something when they notice what is going on.
That was Phil’s ‘starfish moment’ on Day 1. Stepping in was small thing to do, but very important in the eyes of Susan. And many others for that matter. Including Pete.