Previous Next
Difficult Conversations And The Henry Kissinger Perspective 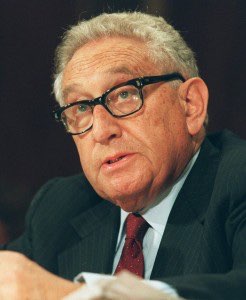 First of all, if it was easy to sit down with someone and talk to them about the fact that their behavior is having a negative impact on you in some way, they would not call it a ‘difficult conversation.’
It is called difficult because it is just that…….difficult.
However, help is at hand.
Firstly, by typing the words, Difficult Conversations, into the average search engine, the number of results you get will take the rest of your natural life to go through. Many other people have done work in this area as well.
Secondly, when you know a little bit about how to manage these types of conversations and recognize that there are amazing benefits to be gained by having them, you won’t be so concerned about venturing down the Difficult Conversation path.
Remember, these are called Conversations.
The Merriam Webster Dictionary defines conversations as an “oral exchange of sentiments, observations, opinions, or ideas.”
Fancy that? An exchange…. so it is just not you telling the other person how they make you feel.
One of the best ways to start to approach these difficult conversations is to remember that you have a perspective, the other person has a perspective, and highly likely, there will be a third perspective. This third perspective is one that an objective observer to the situation might see. That neutral third party.
Thus, the Henry Kissinger perspective. He had an amazing ability to adopt a neutral stance, thus allowing opposing factions to come closer together.
This is not the easiest thing to accomplish…..to suddenly try to see the situation from another point of view. This third party point of view is one that has not been considered by you before.
Perhaps you did not even think that this third party point of view could exist. But it does. It’s always there. We just need to find it.
When we find it, we realize there actually is an objective way of looking at the situation. We realize we’ve existed without it, for however long the situation has been going on, and that it’s the perspective we need to use when we sit down with that other person and have that Difficult Conversation.
Why don’t you think about a situation right now that you’ve experienced. Perhaps it’s a circumstance where you have had a challenge with another person, where your relationship has been strained to a point that you just didn’t want to have anything to do with them anymore.
And then imagine that you were a complete stranger hearing about the situation for the very first time.
Imagine what that stranger might possibly say about the state of things between you, and the other person.
Do you imagine they would immediately see things exactly the same way that you do?
I doubt it very much.
And that’s the point.
There is always another perspective.