One Good Reason You Should Be Talking About Workplace Violence 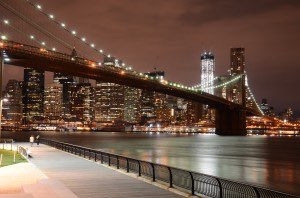 On August 11th 2014, the United States Occupational Health and Safety Administration (OSHA) issued a press release titled “Brooklyn medical facility cited by US Department of Labor’s OSHA for inadequate workplace violence safeguards. You can read the details here:
What is so ghastly about this situation is that out of all of the industries where workplace violence has received an enormous amount of attention, healthcare tops the list. Here in British Columbia, it was in response to growing concerns within healthcare settings that our original workplace violence prevention legislation was created in the first place.
Among other general items that are contained within the report, OSHA noted that from February 7, 2014 through April 12, 2014, Brookdale University Hospital and Medical Center employees were exposed to violent assaults and physical threats by patients and visitors including hitting, kicking, and punching, which resulted in head, eye, face, hand, groin and other bodily injuries while performing routine duties throughout the hospital facility.
If that wasn’t enough, the 1 Good Reason That You Should Be Talking About Workplace Violence is contained in the very next sentence.

One instance, on or about February 7, 2014, involved an evening nurse in the 5th floor, CHC Department, who was attacked while attending to a patient and was repeatedly kicked in the head, resulting in severe brain damage.

Brookdale University Hospital was then fined $70,000 by OSHA for this one incident. There are so many questions that crop up immediately for me when I read this terrible story, especially when you read about the massive list of deficiencies that the hospital was found to have had.
The deficiencies focused on engineering controls, administrative controls and employee training.
There are some industries where dealing with the public who are in a state of stress, frustration, hostility or aggression look at those encounters as being part of the job.
Read this story about a nurse  and tell me whether a situation like that should ever be part of the job!
Now sit down and have a real conversation about the potential for workplace violence in your business and what you are going to do about it.