Bill 14 – Changes for BC Employers

Previous Next
Bill 14 – Changes for BC Employers 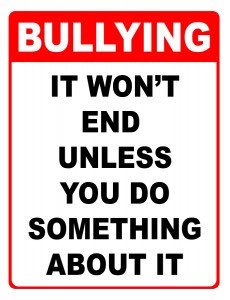 Bill 14 and How It Will Effect the BC Workplace re: Bullying and Harassment

July 2, 2012 was an important date in British Columbia.
On that day, Bill 14 (which had been introduced in the Workers Compensation Amendment Act in 2011), came into effect and British Columbia became the fourth province in Canada to introduce legislation dealing with workplace bullying and harassment, following the lead of Quebec, Ontario and Saskatchewan. (Link Above refers to comments by  Margaret MacDiarmid, Minister of Labour, Citizens’ Services and Open Government
Bill 14 introduced amendments to the Workers Compensation Act in order to specifically address bullying and harassment and these amendments are principally found in Section 5.1 of the Act.

WorkSafeBC Research on the Legislation

WorkSafeBC embarked on a consultation discussion with major employers and stakeholders following the introduction of the legislation. This was done in order to appropriately develop appropriate occupational health and safety policies on workplace bullying and harassment as well as providing employers and employees with the opportunity to provide their own specific interpretation of how the new legislation would impact their organizations.
Three new OH&S policies have been drafted as a result of the legislation which, when published, will impact employers, supervisors and employees.
An occupational health and safety prevention tool kit for employers and employees is also being developed by WorkSafeBC.
There is a great deal of speculation about how these changes will impact the workplace.
One thing is for certain however: prior to July 2nd 2012, British Columbia did not have legislation concerning workplace bullying and harassment and now it does.
This can only be a good thing.

Over in the UK, Andrea Adams, broadcaster and journalist, is credited with being the first person to recognize the significance of workplace bullying and harassment, and her book, “Bully at Work,” published in 1992, remains a landmark in this field.
Andrea Adams assisted many people to address the important topic of bullying and harassment in the workplace. Following her death in 1995, a charitable Trust was founded in her name to continue and build on the work that she started.
The Dignity at Work Law (the UK version of what Bill 14 represents for British Columbia) came into effect in 2001.
A great deal of the credit for this becoming law goes to the Andrea Adams Trust and the work they did to create, and foster awareness for the critical issue of workplace bullying and harassment, which the Dignity at Work Law addressed.
Their work is not done yet….not by a long way.
And neither is ours.
But Bill 14 is a good start.
What are you doing to address this issue in your workplace?