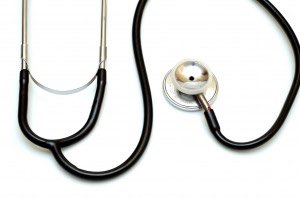 Study co-author Dr. Bevan Catley, of the Healthy Work Group in the School of Management, said the incidence rate for all violence cases, of 32.3 per 1000 employees, was very high compared to rates reported by researchers in North America and Europe.
“In terms of money, the 572 lost days represents a significant cost to industry, especially when spread across the entire New Zealand workforce and indirect costs such as training, litigation and compensation are taken into account. Workplace bullying is a multi-million dollar problem and deserves further attention.

The survey covered a range of sectors including manufacturing, health, public administration, scientific and technical services, education, construction, agriculture and utility services. Violence reported ranged from attempted assault on people and damage to property to serious physical assault. The health sector, which covers health care and social assistance, claimed almost twenty-five percent of the more serious physical assault cases.
Catley said while the survey respondents, who were mostly health and safety managers, identified an impressive array of interventions, it was concerning that just 50% formally recognized violence as a hazard in the workplace. Perhaps continued  training in the field of Respectful Workplaces and Workplace Violence Prevention, is necessary for both managers and employees in all sectors.
The online study – which represents over 76,000 New Zealand employees, approximately 4% of the workforce – is the biggest yet and was based on workplace data from 2009. It showed a higher incidence of physical violence than observed for the 2007 workplace violence survey, which reported 143 cases of physical assault from the 62 organizations responding.
Participating organizations were mainly located in the main New Zealand cities and population centres.

The report cited above can be viewed several ways. Perhaps  the statistics are higher than those reported in 2007 because more people are  aware of the issue of Workplace Violence and Workplace Bullying, and therefore are more cognisant of it  when it occurs and they recognize it more easily. On the  other hand, perhaps workplaces are just more dangerous and the statistics are  just a reflection of that sad fact. In any event, the impact of Workplace Violence and Bullying, can be devastating for employees, supervisors and businesses alike. It can result in stress related absences, injury or even death.
The issue  of workplace violence within the Health Sector remains a serious concern.
Reference: Catley, B., Bentley, T.A. & Jackson, D.J.R. (2011). Workplace Violence in New Zealand: Results from an Exploratory Survey. The Journal of Health, Safety and Environment, 27(1).